One of the major worries that guys have when following the No Contact Rule or being apart from the ex-girlfriends for so long, is that, she will now forget that he exists.  Sure, I can understand feeling this way (and have myself), when you are emotionally vulnerable after a breakup. Thoughts such as, If I don’t text her now, she’ll never know how I feel and that’ll be the end of us.

However, this may or may not be the case. Your ex might still be thinking about you a lot or she might actively be trying to move on with her life. Understand that, either situation is out of your direct control, and all you can do is follow the best course of action.

Even some of the best attempts at winning an ex back, will fail because that other person, really does want to get on with their lives. In this post, I want to break down this fear and how I would approach this situation.

Your Relationship IS Over, as it is No Longer So

A breakup is the end of a relationship. Meaning, that paradigm or context that it once existed in, is no longer there.

In my view, when you actually do get back together with someone, it is a new relationship because things aren’t going to back to exactly the same way they once were.

Feelings change, people explore life without their partners, people develop new ideas about what they want from their relationships, etc. People are not always static in their desires, the same girl you met when she was 20, is now different and has different needs now that she is 25.

Once you can accept this idea, it becomes clear that she might not always come back, and you should prepare to get through this change yourself and branch out to other options in your own life.

No matter what the circumstances are, it is a good idea to prepare yourself to move forward, even if you do end up getting back together with her. It’s a great way not to get caught in static life situation and be able to move forward with less trouble.

The reason you go No Contact, is to allow one another to have space to operate on your own and without emotional interference.

Strong feelings of loneliness or a desire to get back together with her, are extremely common after a break up. However, those feelings are not always ‘real’, in that, you don’t truly want to be with her, it’s just that the emotions are so intense at the moment.

It is part of the healing process that occurs when you lose someone close to you and depending on your level of experience or the seriousness of the relationship it can take plenty of time to get past.

Again, the answer is maybe. It depends on your unique situation and the feelings of the girl who you were with. Most of the time, the answer is no, as it takes time to really get over someone. Plus, not talking can have the opposite effect, as absence makes the heart grow fonder.

If, you are trying to reestablish contact after a time apart and you don’t seem to be getting anywhere with her, then it may be time for you to strongly consider moving on completely. Over the longer haul, many months or a year later for instance, women will often come back around. It happened for me this way, multiple times.

The question is often, at that point, do you even want them back.

If it’s been a long period of time, it is probably going to be a long rebuilding process anyways to gain her trust back and make her desire you once more. In that case, if you are getting responses, you might still have a chance for reconciliation but it could be a very slim one.

From my personal experience, some girls will never reply to your texts when trying to fix things with them. In those cases, I had to suck it up and move on. This has been rare, though. However, it can happen.

There were other girls who I ignored completely after the break up and they tried to make overtures for us to start dating again.

There are so many variables in relationships, that all you can do is to decide if you really do still want a relationship with that person and then if so, make a genuine effort to make it happen. Sometimes, it does work and other times, it just won’t.

If your ex is responding to your texts, then, you probably have a small chance at least for things to work out. If she isn’t, then at some point, it’s time to cut your losses.

Also, some girls will act spiteful when replying to your messages or simply give one word answers…in those cases, there’s a smaller shot of it working out, but still a chance that it can.

It will take some time and trying to have conversations with your ex to gauge whether or not she is still interested. Yes, some girls will forget about you in time. Others, never will, and it is these girls who can sometimes be won back over. It’s a whole new chapter in one’s life, after a break up. Don’t rush things or make fast decisions after these major emotional events, give it time and let things heal. Only then, can you gather information and try to get her to come back or move on.

In short, unattractive behavior. Pretty much what most guys do, when trying to lure back an ex-girlfriend.

One of the main things, is when guys become beggars, and do that annoying thing where they text the girl constantly. It’s hard to miss someone, when they’re always bothering you. But, it is quite easy to want to forget about them completely, and just move on.

Within the context of constantly trying to text, call, or communicate with an ex; some men will, be all over the map with their emotions and what they say.

One minute, they love and miss her. The next, they think she’s the worst person ever, and tell her so.

If she’s dating, the ex-boyfriend acts like a stalker or complete ass, towards the girl or whoever she’s seeing. Don’t be a jealous guy, don’t be a desperate guy, and give her some damn space.

Those are some really easy and key points, about not wanting to be forgotten. Don’t poison the well, and then, try to go back and re-start a relationship. Have patience. Work on yourself and your life. Get those powerful emotions in check. Try to re-establish contact, later, if you are interested in reconciliation. 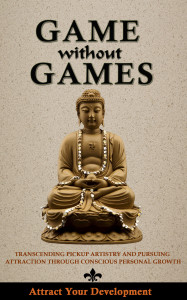